A bit of painting I did quite a few months ago for Leftbank Workshops who have now acquired the molds for these figures. Nice Old School feel to these figures yet they are not all exactly the same pose like most OS ranges, the paint job was a feeler for how best to approach these figures. No heavy layering, simple base coat some washing for the shadows and then re-establish the highlights. 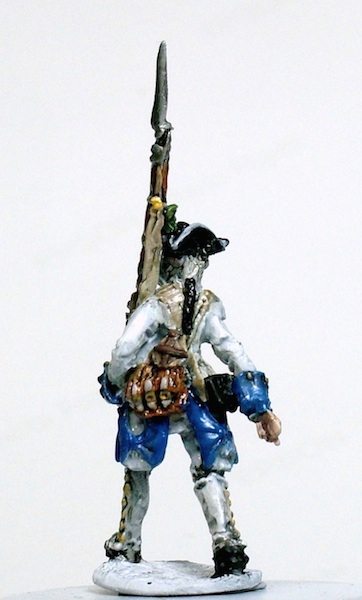 Over the weekend our local gaming event the “Brisbane Muster” was held down at lovely South Bank so I took myself along for a looksee. The event is held in the Serbian Hall directly across the road from the “play area” and is a very handy and accessible location.

Ariel view of south Bank, not a bad place for a war games show hey?

As usual there were plenty of games representing a broad spectrum of genres and the facilitators were very friendly and open to discussing the games they were presenting. I was particularly fortunate in dropping in with a couple of chaps putting on a game using Charles Grants “The War Game” rules, the book responsible for getting me into gaming some 38 years ago! It still ranks among one of the best introductions to wargaming around.

There were enough bring and buy tables to keep the sharp-eyed happy and the traders got more than enough of my “phat loot” to make the minister of finance get grimmed faced when I arrived home with my spoils of war. A jolly good day all round. 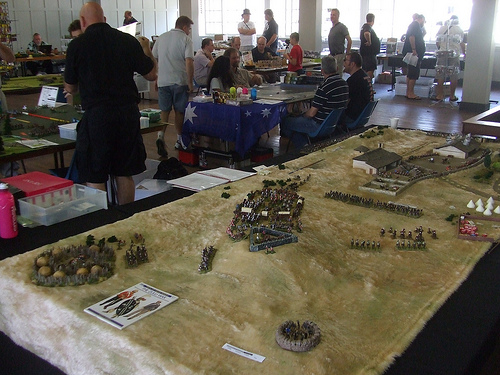 While I had kept the brush for hire blog- Paint Pig’s Slowly Over a Low Flame – updated as to my recent activities, or lack there of, it had come to my attention (I realised) that the FigvFig readers had been left in the dark. Do not fear for it is a dull story at best and much of it can be gleaned by clicking on the above link.  Basically I’ve been a bit crook for quite a while this progressed to a couple of collapses late last year which culminated in a visit to the Sawbones a month ago and some surgery last week

An exciting new phase now awaits, I’m just hoping for some inspiration and a clue as to what it may be …hmmmmmm…….

Not quite what I was thinking, I’ll wait for the medication to wear off… on the other hand?

It was with some interest that I read Sydney Rounwoods post “Being There” it seemed particularly poignant in light of recent events in my own gaming world, sometimes a game is just simply going through the motions for some of us and we need more. An objective with a back story, nothing complicated, can make all the difference as to whether your invested in a game or just rolling dice, that is not to say that some people are happy rolling dice but I prefer to at least have a reason other than rules require you to toss little polygons of plastic about. I shan’t bore you with my silly ramblings but rather point you to Mr Roundwoods post and let you decide.

My apologies for the lack of posting, I have had a severe attack of the doldrums accompanied by chronic (aussies know this saying well) “poor bugger me” syndrome.

Blucher in his pre pachyderm days

So to catch up on the 1814 campaign, at some point the pin was pulled. I can’t detail exactly when and why but I imagine most of you will empathise with one of war gaming’s most common occurrences…..  But hark all is not lost, it was only put on the back burner for a later restart (not a continuation), maybe the Froggies wanted to rethink their strategy, maybe Blucher really had been impregnated by an elephant? Be that as it may an 1814 campaign is threatening to darken these pages once more, sub committees are being selected as I type to reset certain aspects of the campaign mechanics and debates are being scheduled to thrash out minutia, which will probably be ignored in the fullness of time or next week  ….which ever comes first!

I demand a restart to the campaign

Now for those who were waiting to see a miracle transformation in regards to some very ordinary Front Rank castings a la the la Bricole painting challenge ….. well, to put it bluntly, I can only work minor to mediocre miracles and these castings are terrible okay if you paint thick and three tone, not so good if you paint thin and use glazed transitions, the fissures and cracks are not your friend if this is the case. No doubt when the “poor bugger me” has finally lifted I will endeavour to make another attempt but not without some Dettol and filler being employed first.

edit: it has occurred to me that some reworking of the 1814 page will also be in order to reflect some personnel changes. Whilst looking over it I had to laugh, at some stage we lost Schwarzenberg and I jokingly referred to the loss as an abduction/defection to the French side, well he has reappeared and you would never guess which side he is playing on now…. 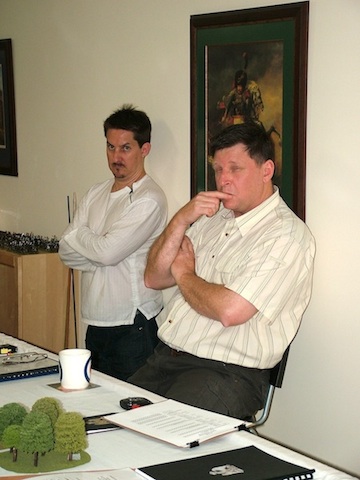 Whilst I’m at it, can anyone suggest a figure that would make or be converted into Blucher as depicted in the print above?